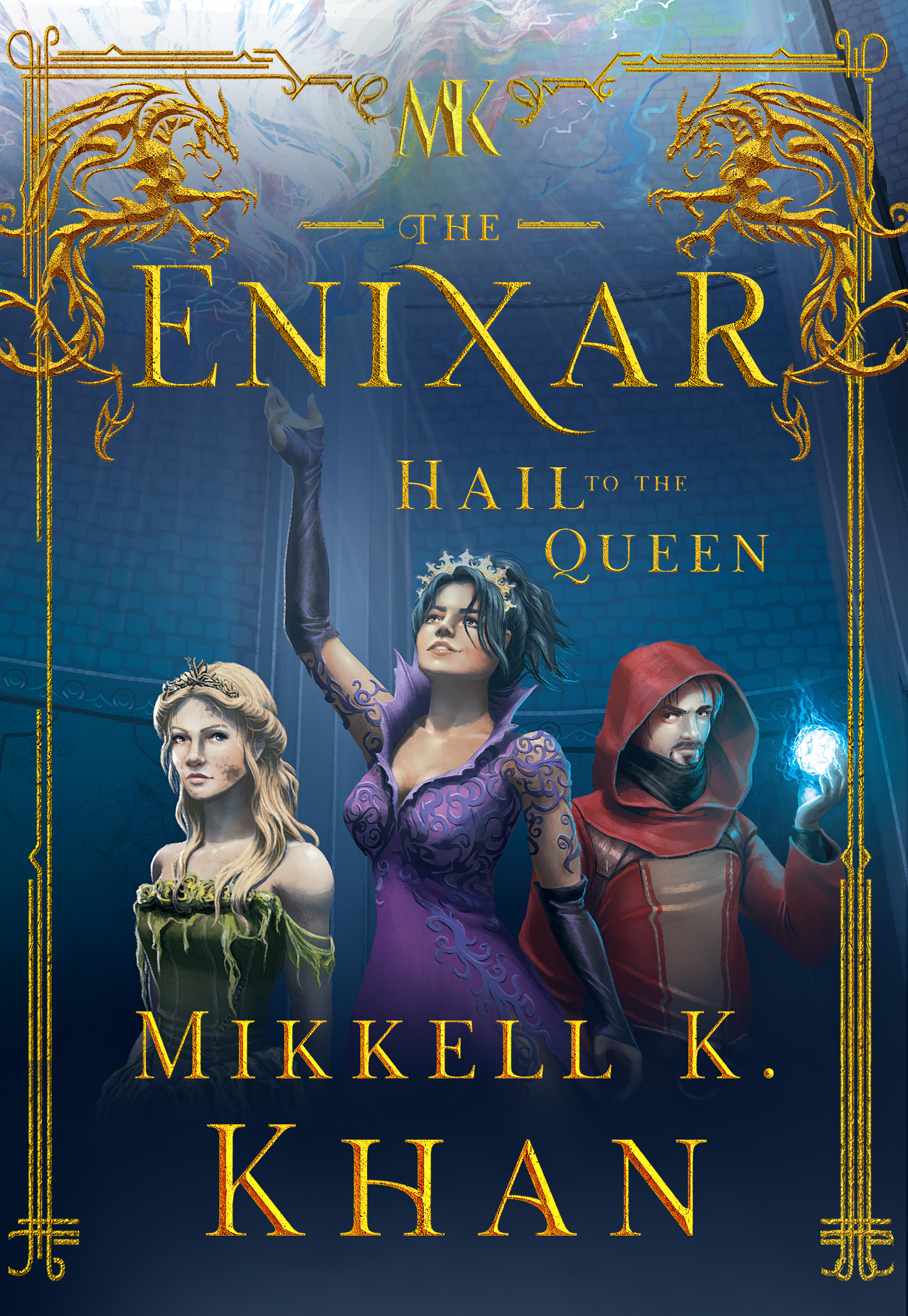 I have some exciting news for you.

After two years and much love and support, The Enixar : Hail To The Queen is now available for purchase!

So far the ARC team is loving it and showing how much they do with their replies and their reviews.

You are in for a treat for sure as they are saying its a great addition to the series.

I look forward to you experiencing it and would love to hear your thoughts after. 😄

The people of Gramadon are restless, rumors of dissension are rampant as Amadalia joins her house with Meriaus to bring unity to the realm but deep in the shadows lurks a threat to throne.

Exiled nearly forty years prior to the carnivorous swamp of the Malf Forest, Kolani, daughter of Gudrunn plots her attack to seize the throne. Driven by a lust for power and with the help of the dark arts, she will stop at nothing to rise again and take back the power of the throne which she believes belongs to her.

With the help of her powerful spellcaster Vahan and his brother Ragamenon, Kolani sets out to turn the followers of Gudrunn against Amadalia and Meriaus, take control of their armies, the castle, and take back what is hers, control of the Enixar and her rightful place as Queen to the Throne.

But as time marches on, dark secrets are revealed, trust is broken and bonds are formed between unlikely allies. Will Kolani destroy everything in her path, consumed by power or will she see the potential of a future where she and Amadalia can defeat Meriaus once and for all and live in true harmony?

Get your copy of Hail To The Queen